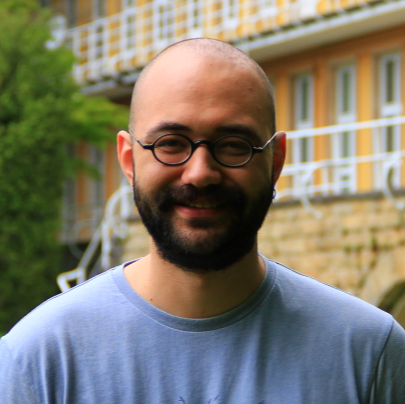 FakeNewsPerception: An eye movement dataset on the perceived believability of news stories

VR technology has grown immensely in the last few years, yet the great majority of people have not experienced it. One reason is that the software is too specialized and the hardware is prohibitively costly. This Bachelor Thesis investigates the feasibility of web-based VR applications in combination with accessible smartphone VR devices. This contributes to the question of how universally accessible can VR applications be to individuals. As the subject of the web-based VR application a simple chess game was chosen, which includes a single-player (AI) and a multiplayer mode. To control individual pieces you can either choose between voice commands or a gaze pointer. As lense gears, two low-tech head-mounted devices (HMD), the Zeiss VR One Plus and the Google Cardboard V2 are tested. These HMDs were combined with two different smartphones, the Google Pixel 6 (2021) and the Samsung Galaxy A5 (2016). This broad array of devices accommodates old and modern smartphones, as well as cheap and more expensive HMDs, thus representing the equipment of the broader public. First, the thesis describes extensively the game development process, as this app was written from scratch. Second, the game performance is taken into account, which is measured by the loading times, the video quality, and the influences the hardware and different 3D resources can have on these factors. Finally, it is evaluated how much impact the combination of the hardware has on these more novel web VR approaches. All together newer smartphones, like the Google Pixel 6 perform the best in these quality points, and in combination with not too complex meshes in the 3D scene, the VR browser chess is offering a satisfying user experience, especially with the multiplayer attribute. However, some weaker hardware devices, such as the Samsung Galaxy A5 lack computation power to accommodate the profound rendering. Thus web-VR is a promising technology branch, which in theory everybody could experience with little money, nonetheless, some smartphones are exempted from an immersive experience. Based on the recognitions gained in this thesis, investigations on the user experience of web-based VR applications in combination with smartphone HMD devices can be conducted with actual person studies. Additionally, the program can be extended to make use of the camera and perform eye-tracking studies or realize hand-tracking. These features would allow the user to actually interact physically with the VR application and thus realize a novel, truly XR, low-tech web application.

Machine learning models have accomplished much in the modern day. Nevertheless, they are reliant on big datasets to have practical relevance. Since it is not always possible to obtain masses of data, augmentations of already present data has become an appealing alternative. In this thesis, a data augmentation system is proposed that uses a mixed reality environment to create augmented image data for the task of classification. In order to achieve this, ArUco markers are tracked in a picture, which are then used to insert any virtual object onto the marker using a homography. Finally, the augmentations are evaluated by training a neural network with the augmented and real data as input datasets. The proposed system achieves augmentations, which can partly substitute real model data in a machine learning application. This indicates the possibility to create data augmentations using a mixed reality approach that can expand or substitute existing datasets with augmented pictures in an image classification task trained on a machine learning model.

Towards avatar interaction and teleportation in virtual environments

Effectiveness of augmented reality for human performance in assembly

Augmented Reality (AR) has evolved recently and has emerged as one of the most promising technologies for assisting human operators with assembly, which is highly in demand in today’s manufacturing environments. However, there is still a lack of empirical studies investigating the effectiveness of AR for human performance in assembly tasks. An empirical study with 20 participants was conducted to counter this lack by comparing the use of printed instructions to the use of AR as instructional medium. Three models of a fischertechnik kit were assembled using the same instructional medium for each assembly. Times of assembly, error rates, cognitive load and usability aspects were measured to compare both media. Even though time of task completion could not be significantly improved under the use of AR, especially reading the instructions and finding required storage boxes benefited from using AR. Moreover, error rates for multiple types of error were significantly decreased using AR instructions. Major limitations in this application for AR-aided human assembly arose from a lack of alignment between virtual and physical objects, along with the limited field of view. Transferring similar applications to the industrial environment can be considered in the near future.